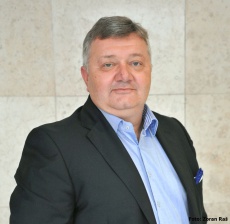 The Supervisory Board of Victoria Group has appointed Vladimir Čupić as the new Executive Director and Chief Financial Officer of the company. Čupić comes to this company from the Atlantic Group, where he held the position of the Director at the Representative Office for Serbia. He gained his extensive experience in the banking sector in AIK Bank and Hypo Alpe Adria Bank, which he led for 12 years as a General Manager. As an expert in finance and corporate restructuring and governance, he was employed at the Privatization Agency as  director, at the Ministry of Economy as Advisor to the Minister and in audit-consulting firm Deloitte&Touche.

With his experience in corporate finances, strategic and operational management, risk management and corporate affairs, Vladimir Čupić will, as the new Executive Director and CFO of Victoria Group, work on further improvement of financial operations and achievement of company’s strategic goals.